⏳ Flight hours: 11 500 glider, 38 000 total
✈️ Current glider: Arcus M
😌 Glider of your dreams: The new Arcus
🌎 Where you want to go gliding someday: Namibia is definitely a great place to be

Hey Reinhard, where do we reach you at the moment?

The LSV Rinteln has won the DMSt Bundesliga this year, congratulations. Was this a good year for league flying?

Thank you! We’ve won both the DMSt Bundesliga and the OLC, which makes us very happy of course. But we are also aware of the people suffering from natural disasters like the flood in July or having problems with the pandemic. Soaring is definitely the most beautiful but not the most important thing in life.

You have been on the top spot from the first weekend on and never let go of it. How do you manage to score so consistently?

Everybody in our club was highly focused. Passion and team spirit were our key to success.

Do your organize your league activities in any ways to increase your chances of three fast flights?

We mostly flew in the same areas and followed a team strategy focusing on team flying.

There is now also a distance bonus which is added to the speed points. Good or bad?

To be honest we mainly concentrated on the speed points. The bonus for the distance was secondary.

The distance factor does not appear benefit Rinteln. You would have placed fourth behind Pirna, Königsdorf and Brandenburg if only the distance would have been considered.

Considering the rules pilots can achieve speed and distance points, but no flight has been declared by us. But who knows, maybe the distance bonus will become more attractive for us in the future. Right now speed is our ambition.

Rinteln is situated on the foot of the Wiehen and Weser Hills, a famous spot for ridge flying. It’s amazing to see on how many flights you can utilise the ridges in some ways.

Rinteln is located in an area of only moderate thermal activity.  It’s a long way to reach the very good thermals in the Heide, Fläming, Thüringer and Sauerland. Getting there and coming back safely means a trip of at least 200 to 400 kilometers. So we have to concentrate on our lovely hills, that's essential!

What kind of weather situation do you need for the ridges to work?

Straightforward, weather change! An approaching low from the west brings us the strong southwest winds we need.

What are the tricks to fly as fast as possible on the ridge?

Well, of course it´s a matter of experience, but there are no tricks. The crucial point is the jump from the Süntel to the Ith and back.

There are often flights where you fly in thermal conditions, but you still follow along the ridge lines?

It is often the best to follow these lines even in thermal conditions. You're simply faster. It's the usual practice of pilots flying in the low mountain range or in the Alps. So there's nothing special about it.

Are there any months which clearly favour other parts of Germany for fast flights?

You have to be lucky with the weather. In the last years it has become more difficult to predict which regions are climatically more favourable than others but basically the south is often ahead.

Do you think that clubs from all parts of Germany could in theory win the league?

Clubs located close to the sea have a big disadvantage. The moist and cold air from the Northwest are the big problems there. But apart from this all the other clubs have the prospect to be very successful.

Many of your club's flights where done with an Arcus. The perfect aircraft for league flying?

It’s an impressive glider for all conditions.

There has been a change in handicap for the Arcus for the new season. How do you think about that?

It is what it is. We have to deal with it and work even harder!

With the 2022 season, league points will be awarded by the formula one system. Will this affect your tactics? What can we expect from Rinteln next year?

I don't think there will be any special tactics for the new system. Of course at the end of a stressful season everybody is a bit exhausted, but we love to fly the Bundesliga with high motivation and passion. So we'll do our very best!

Some of your competitors sometimes jokingly refer to your club as ‘LSV Germany’. Why do you think that is and what would you respond?

One or two of them not only jokingly (-; but that's nonsense! We've got a great spirit in our club and maybe two or three members like to be part of our community and spend much time with us, but fly from other airfields. And they’re fast, lucky us! But that's a completely normal situation in many clubs.

If you had a single piece of advice for all the young pilots reading this interview on how to fly faster, what would it be?

Learning from others, team flying and living the team spirit. Wish your team partners as well as as your competitors all the best! „Gönnen können!“

Thank you for the interview Reinhard! Do you want to mention anything else? 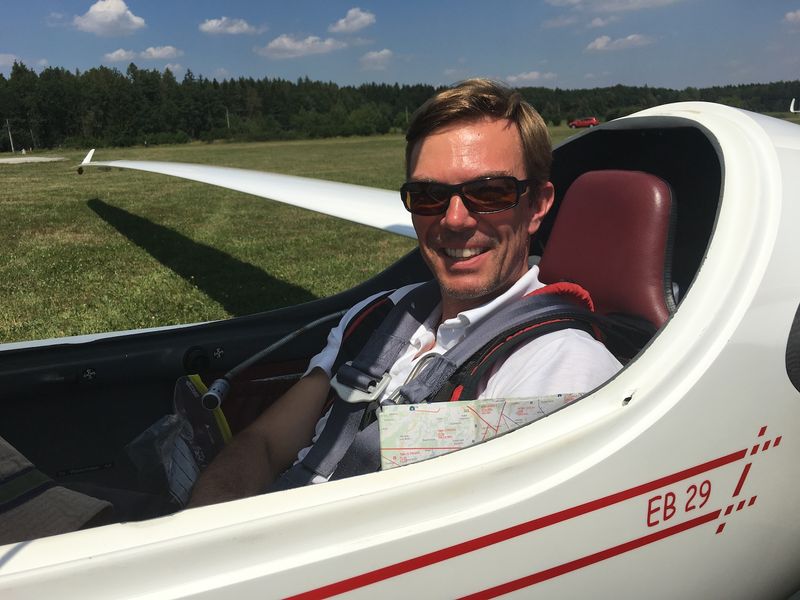 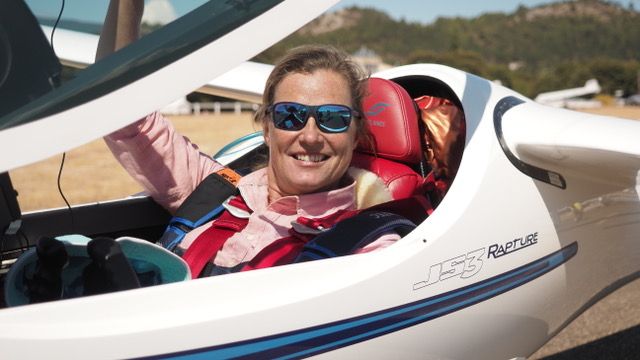 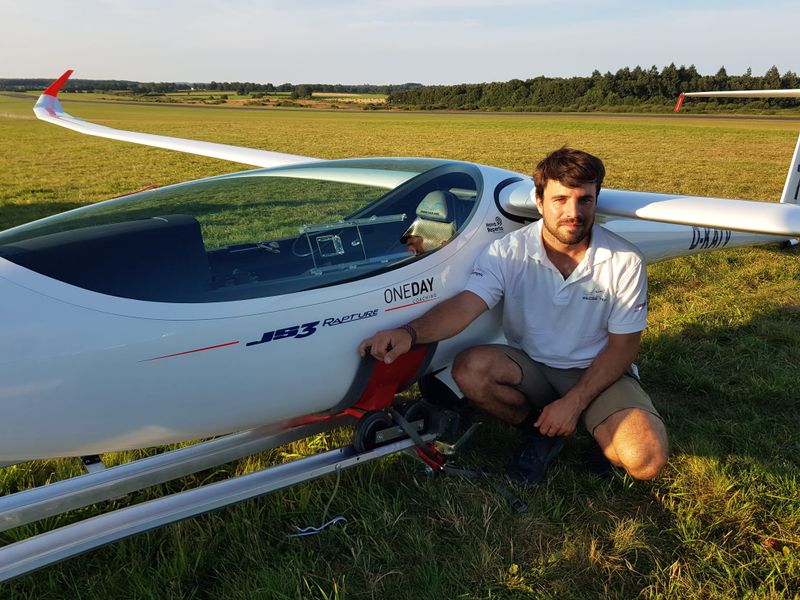 Yves has shared many interesting flights with us this season. We got the chance to talk to him after he won the WeGlide Sprint competition for Europe.