Hey Simon, where do we reach you at the moment?

At the moment I am finishing my master's degree in mechanical engineering and this winter period I'll be working on my thesis in Darmstadt. I hope to be done with university before the gliding season begins in spring.

You have won the WeGlide Free competition for juniors this year, congratulations! Is there any flight that you particularly enjoyed this season?

Thanks! But that's only because I was able to fly in Namibia last season. Eric Schneider, Johannes Beyer and Simon Schröder did all their flights in Germany, that is impressive too. All the flights scored in the competition are unique. Every flight has high and low spots, where you have to focus on the flight itself and at that moment nothing else matters.

You are 100 % focused to be as fast as possible and every second you have to decide with new impressions, to catch the best way, again and again. That's why I like gliding and enjoy every flight, even if the weather is not as good as predicted.

Let’s have a look at your top five flights. Three of them were from Namibia. They all look very different on the map!

To fly in Namibia is a pleasure every time. And this is the only reason why I won the WeGlide competition. Last season the weather in Namibia was quite different to the years before. There were some rainy days in between the flights and Namibia was green. The red sand was covered by green grass and it looked completely different.

The biggest flight with more than 1300 km was a typical Namibian day. The day started early with blue thermals and my first heading was southeast to the clouds. Afterwards the convergence line was forecasted in the western area. This is the dream for every pilot in Namibia. To fly in more than 5000 m with an astonishing view into the Namibian desert and more than 180 kph average speed, two hours straight without a circle.

The other two flights were in Germany with an EB 28. How does the glider fit the German gliding conditions?

In my opinion the EB 28 fits very good into the German weather conditions. In the early hours of the day in weak conditions where you need best L/D you can still achieve very high average speeds compared to my standard class glider. The performance of the EB impresses me every time. When the weather improves the new generation of open class gliders, like the EB 28, show their potential to be fast and comfortable in handling at the same time. In thermals the EB 28 is like a cruise ship which cuts smooth and fine through bumps.

You have won the Junior European Gliding Championship in Lithuania this year. You mentioned that the weather near Pociūnai was quite weak and humid?

The weather in the first half of the competition was very weak with bad visibility and low ceiling, because of a hot and moist air mass from the south. We only had one valid competition day in the first week and on one day everybody landed out with less than 60 km. But after a cold front passed through, the second week was great with a new air mass and nice weather. Only with the new air mass were we able to see Kaunas, a city 30 km north of Pociūnai, for the first time and we were able to see more than just 15 km in front of us to decide about the best way.

It seems that the best pilots do not come from the best gliding spots. Your home airfield Homberg/Ohm is also not placed well near a 'racetrack' like the Swabian Alb?

It is not the surrounding of your airfield which is important to become a reasonable pilot, it's the spirit at your airfield. If you are able to speak, learn and fly with more experienced pilots, do it. Most of the time I was flying together with at least one, or sometimes even two or three guys. That improved my flying skills quickly. Thanks to Enrique Levin and the club LSV Homberg/Ohm.

Before switching to the Discus 2a, you have been quite successful with an LS 8. Any regrets about the decision to switch?

In my opinion I did the right decision. I was flying the LS 8 from LSV Ederbergland and was allowed to fly several competitions each year. That was a great time and I shipped the glider for the JWGC 2015 to Australia. That was an unbelievable time with a great glider.

But I have no regrets. I'm completely happy with my Discus 2a. In the beginning I struggled but everybody who has flown a Discus knows what I'm talking about. After the first season in 2018 I was fully convinced that I bought the right glider.

We have a hard time to find flights where you have really messed up. Where do you still want to improve?

If you have made your first flight without a mistake you have to tell me how you did it. In every flight there are some big and several small mistakes. You might not see it in the barogram in WeGlide but I know where I could have been better. Especially every competition flight gives you the best feedback about your mistakes. Afterwards you can improve on them mentally, physically or just if you need to get your emotions right.

Looking back, who has given you the single most valuable advice for your style of flying?

In Pociūnai and at the German Junior Nationals in weak weather conditions I had to think about one quote from Tilo Holighaus several times:

If you can climb to final glide, do it.

That was important because of the bad weather some guys landed just in front of the finish circle. But overall I learned the most from discussions and conversations with other pilots. To share your experience is the best way to learn fast without reading books. I'm not the guy who reads all the books, I need to chat with others.

Is there any pilot out there who has impressed you recently with a cool flight?

It is just crazy what is possible in the Alps. Klaus Ohlmann and Baptiste Innocent with their crossing of the sea, or some juniors who made some awesome flights across the Alps from east to west. It's getting further every time, just nice to watch these guys and their potential. It seems like an open end for even further flights.

What can we expect from you in the next season? Will we see some flights from Namibia again?

I'm more into competition flying than long distance flying in Germany. I hope that all the competitions will take place. I am planning to fly several competitions next year with my Discus 2a and I'm qualified for the Junior World Championship in Tabor, Czech Republic. It seems that there is a possibility to fly in Namibia again this period, but let's see.

You were one of the early adopters of WeGlide. Do you have a favourite feature?

In my opinion the flight presentation with the detailed map is the best feature. On the first map you have a good overview of all the flights and if you click on a flight you are able to see the ridges perfectly. That is a fast way to look up the energy lines in the mountains.

Thank you for the interview Simon! Is there anything else you want to mention?

You are welcome. Thanks for the kind interview and have a nice season 2022.

James Nugent, from Australia, stirred up the WeGlide ranking by doing an astonishing 1000km flight with his LS 3. We talk with him to find out how he did it! 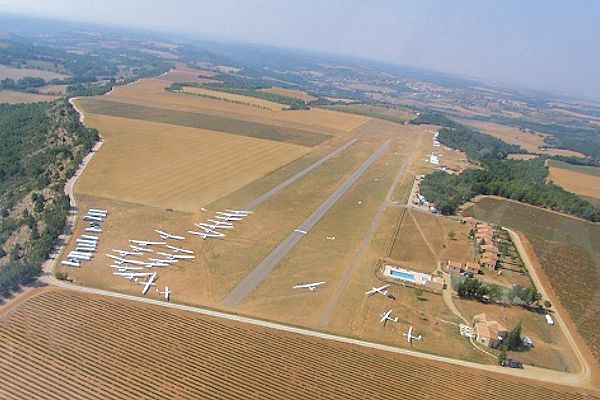 While this is not a classical interview of our winner series, Puimoisson topped the 2021 airfield ranking. We talk with Alfred Spindelberger about mountain flying, how safety has improved over the years, and future plans. 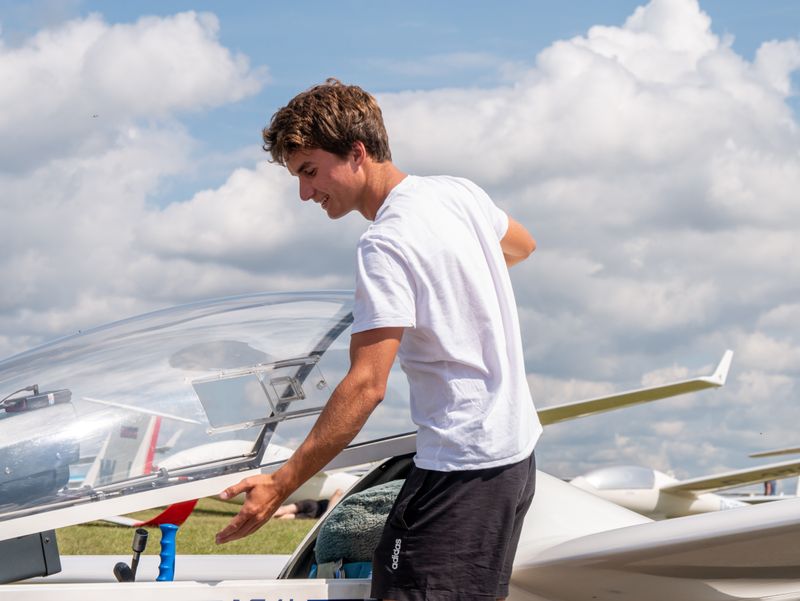 Eric Schneider will compete for Germany in the coming Junior World Championships. We talk with him about flying electric gliders and how we won the German Juniors.